Asafoetida is a resin(gum) obtained from Ferula asafoetida, an herbaceous plant. Though it is a resin, it is majorly used as condiment in Indian cuisines.

Hing is mentioned in many ancient Ayurvedic texts like Sushruta Samhita, Charaka Samhita, Nala Paka Darpana (supposedly written by King Nala), Abhilashitartha Chintamani or Manasollasa(a cultural Sanskrit text by the Kalyani Chalukya king Someshvara III) and many more. The Persians once called it as Food of the Gods.

Hing is considered as Deepaneeya which means that one which aids digestive fire and Sanjansthapana which means that one which restores consciousness. It is known for its benefits to battle flatulence and is often added to the recipes which involves foods like dals, lentils etc. It has also been added to make the famous and flavourful Kancheepuram Idlis. Many Ayurvedic medicines like Ashtachoornam, Hing Goli etc. has Hing as one of the ingredients.

Though India is the largest consumer of hing in the world, getting good quality hing is always a tough job for us. Since the hing is obtained in raw, molten form, to make a smoother texture for cooking, many types of flours are added. Most of the hing we find in market is mixed with maida/wheat flour. We had to wait almost a year until we find a good and pure one like this! So, you might be wondering what makes it special right? This hing is free from all those unhealthy flours* and Ragi/Finger Millet flour is added instead to make it palatable. Just a small pinch must be enough to make your dals more flavourful!

Do you know? The famous Worcestershire sauce has Asafoetida! It was created from a recipe handed down by a member of the English nobility known only as Lord Marcus Sandys, who apparently learned the recipe while serving as the governor of Bengal.

There are no reviews yet.

HLP Store Project is part of one of the major initiatives by the parents of swarnaprashana.org whatsapp group(community), that focuses on reviving ancient wisdom. The primary objective of the group is to slowly eliminate all unnaturally or genetically processed foods and replace it with native foods that has proven healing qualities. This can be also be achieved through the homemade, natural and authentic products prepared by our Parent-repreneurs of our community. 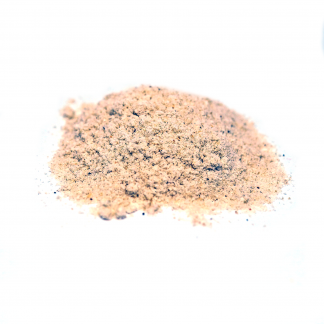 For International shipping orders, please contact us via chat. Dismiss